Neel Qualifies for the 12 Hours of Sebring

With an overcast sky and an air temperature of around 25 degrees Celsius, Nick Tandy from Great Britain at the wheel of the No. 911 car and Swiss racer Neel Jani in the No. 912 sister car went out on the track at the start of the session. The 36-year-old from Bedford and IMSA series record-holder with nine pole positions improved significantly in the first four laps but was ultimately unable to make any decisive ground due to deteriorating tyres. Jani, who experienced his first-ever qualifying session in the Porsche 911 RSR, clocked increasingly faster times on his nine laps, but was also unable to close the gap to the leader. After strong drives in the three free practice sessions on Thursday with regular stints at the front, Friday’s qualifying proved disappointing for Porsche. The factory squad contesting the North American sports car racing series tackles the hotly contested GTLM class on Saturday for the last time with the 911 RSR. Both vehicles are decked out in an adaption of the American national flag. Emblazoned in large letters on the underside of the rear wing is the sentiment “Thank You”.

TV coverage and live streaming of the race
The Sebring 12-hour race of the IMSA WeatherTech SportsCar Championship takes off on Saturday, 14 November, at 10:10 a.m. local time (16:10 p.m. CET). In North America, NBC broadcasts live on various channels. Outside the USA and Canada, the entire race will be aired live on www.imsa.com. Live timing is also available on this website.

Qualifying quotes
Steffen Höllwarth (Head of Operations IMSA Championship): “This qualifying was bitterly disappointing for us. After occupying the first two places in all practice sessions, we’d anticipated a lot more in the hunt for top qualifying times. We now have to put our heads together and analyse exactly why things didn’t go as we’d hoped. It’s very clear that we have a list of tasks to complete before we head into Saturday’s twelve-hour race. We’ll now tackle these challenges systematically and we want to achieve maximum success at our farewell race.”

Nick Tandy (Porsche 911 RSR #911): “On the one hand, I’m shocked at how far off pole position we are. On the other hand, our 911 RSR handled extremely well in the qualifying as well. With a view to the upcoming twelve-hour race, that’s a really positive sign. You don’t win such a long-distance race over one fast qualifying lap. The final hours in darkness on Saturday will be decisive. I’m sure we’ll have a very strong car, particularly for this important phase.”

Neel Jani (Porsche 911 RSR #912): “Prior to the start of the qualifying session, I’d only driven about 30 laps in the 911 RSR at Sebring. For this reason, we experimented a bit with the tyres during the session and didn’t really focus on turning a single hot lap. I used the time during qualifying to gain more experience. With this in mind, the result isn’t at all bad. On Saturday, I’ll start with two stints. My job is to maintain contact with the leading group. After that, Earl and Laurens will attack and, if possible, go for victory. In this situation, I’m the classic third guy on board and I’ll try to do my job as good as I possibly can.” 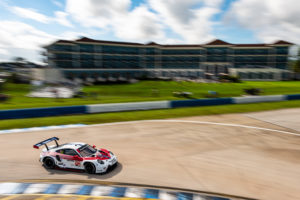 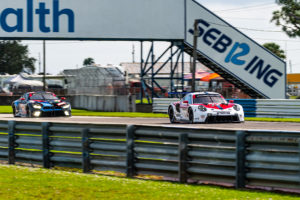 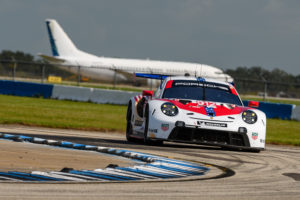 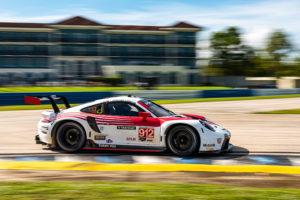 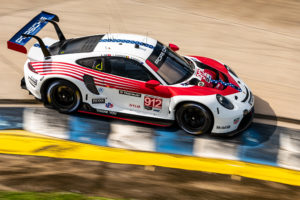