Neel Jani brought his #18 Porsche 99X Electric home in 14th place in Saturday’s Mexico City E-Prix, gaining valuable race experience for himself and delivering his rookie team priceless race data.  The Swiss driver had secured 14th position on the grid in qualifying and was able to move up one place in the opening phase, before dropping back to 19th after having to serve a drive-through penalty for a technical rule violation caused by a software glitch.

Neel’s teammate, André Lotterer, enjoyed worse fortune after having scored the team’s first Pole Position in qualifying. After battling with wheel spin at the start, he made making contact with eventual race winner Mitch Evans (Jaguar Racing, NZ) at the entry to turn one and lost three places. Further battles caused severe damage to the bodywork of the Porsche 99X Electric, forcing him to retire early in the race.

The race was another good learning curve, and the team is looking forward their next outing, Race 5 of the ABB FIA Formula E Championship 2019/2020, on 29th February 2020 in Marrakesh (MA).

Reactions to the Santiago E-Prix

Amiel Lindesay (Head of Operations Formula E): “That was another tough race for us. André was repeatedly involved in battles that severely damaged the car. We eventually had to withdraw the car from the race. A drive-through penalty was imposed on Neel after the safety car period. We will have to analyse the precise reason for this. Of course, we are disappointed with how the race went but we need to focus on the positive aspects of this weekend. The pole position and the pace of both drivers shows that we are really competitive.”

Neel Jani (Porsche 99X Electric, #18): “The start went well, even though I was on the dirty side of the track. After that, I was involved in a lot of battles and kept getting hit from in front and from behind. It’s a shame that I was later subjected to a drive-through penalty. Had that not been the case, a better result would certainly have been possible. I am happy that I was able to finish the race and gain some more experience. André’s pole position showed what the car is capable of. That gives us confidence for Marrakesh.” 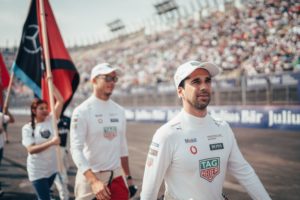 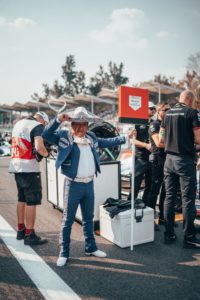 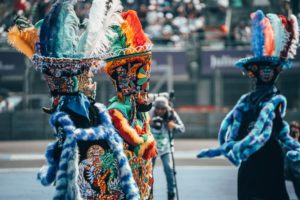 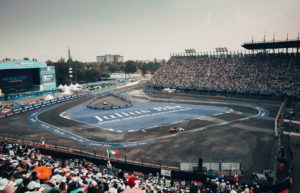 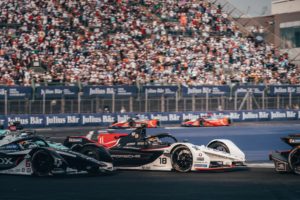 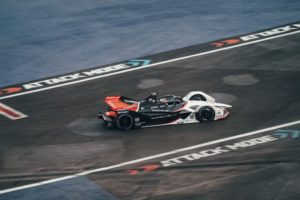