Neel Jani ended his first full season in Formula E on a high after a chassis change and new set-up direction allowed him qualify and race up front. He bids farewell to Formula E with eyes set on new projects within Porsche Motorsport.  Official racing program and announcements will follow in the coming months.

Season Six of Formula E ended with six races in nine days at Berlin’s Templehof Airport.  Jani was hit in the midst of the marathon, leading to a chassis change that would enable Neel finally find pace to be front in the last two races.  His best result of the season came in the penultimate race with a thrid place qualification and sixth place finish in Berlin. He ended the season with eight points, placing him in 20th position overall. With 79 points and eighth place in the team championship, the TAG Heuer Porsche Formula E Team has concluded a more successful debut season than any newcomer since Season 2 of the fully-electric series. 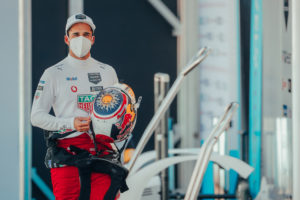 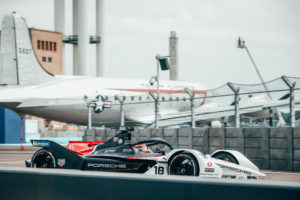 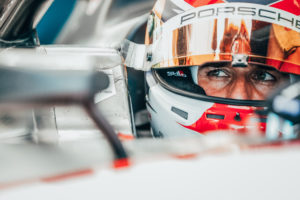 Reactions to the season finale

Neel Jani: “Goodbye Formula E!  Sometimes things in life go a little differently than planned but the outcome is still a positive one.  I leave with a smile on my face after a good final two races! A chassis change and a new setup direction allowed me to prove to myself that I can still qualify up front and score points in this car.

Thank you to the TAG Heuer Porsche Formula E team and all the partners for giving me the opportunity to try my hand at Formula E.  A big thank you to my team for all their hard work this season. Also a big thank you to all the fans who went on this journey with me.  I wish André, Pascal and the whole team all the best for next season. Keep pushing and get that first Porsche Win.

As for my future, I am happy to announce that I will be staying within the Porsche family and will be involved in future projects! Detailed information about my racing program will be announced in the coming months.“

Fritz Enzinger (Vice President Porsche Motorsport): “Berlin represented the conclusion of what was, in many ways, an extraordinary season in the ABB FIA Formula E Championship. We have celebrated our debut in fully-electric motor racing – and achieved success from the word go. We entered this championship without any experience from being a partner or customer team and worked hard together for every single achievement. I am incredibly proud of the whole team – at the racetrack and in Weissach. Huge thanks to the drivers Neel Jani and André Lotterer, as well as our partners. None of this would have been possible without them. Of course, the season took a most unexpected turn with the advent of the Coronavirus pandemic. Congratulations to Formula E for organising such a thrilling finale in Berlin despite everything. We were able to stay focused during the long break, which enabled us to give everything. That was rewarded with good results. We will now immediately start to concentrate on preparations for the upcoming season. We have gained plenty of experience that will only make us stronger for the challenges ahead.”

We would also like to thank Neel Jani for his outstanding commitment. He played a significant part in the development of our Formula E project and thereby contributed greatly to the successes of the TAG Heuer Porsche Formula E Team this past season. Neel will stay with Porsche. We will see him in action in future motorsport projects again very soon which I’m very pleased about.

Amiel Lindesay (Head of Operations Formula E): “We are very pleased overall. We knew that it would be a big challenge for us to enter as a completely new team. But we overcame this challenge.  The experience gained throughout the season was just as important and we will benefit from this in the future. Six races in nine days in Berlin was a very intensive experience, but one that brought us even closer together. We are already looking forward to next season.”