Porsche has a clear goal for the final round of the IMSA WeatherTech SportsCar Championship in Sebring (USA) on 14 November: The North American operations team Core Autosport is eager to wrap up the season with another victory on the Florida racetrack. The works campaign with the two Porsche 911 RSR in the GTLM class comes to an end after seven very successful years. As a special treat for the many fans and loyal partners in North America, Porsche sends the two works cars to contest the race on the Sebring International Raceway decked out in striking designs. The special livery of the two 911 RSR will be unveiled on Tuesday before the race. The driver line-up for the season finale is also new: The Swiss works driver Neel Jani supports the regular IMSA drivers at the event in Florida. The traditional twelve-hour event on the former airfield close to the city of Orlando was originally planned for mid-March but had to be postponed by eight months due to the coronavirus pandemic.

“The last factory outing with the Porsche 911 RSR in the North American IMSA series brings up many emotions,” states Fritz Enzinger, Vice President Motorsport. “In the fierce competition against top-class rivals in the GTLM class, we’ve won the manufacturer’s title three times in seven years, among other accolades. We’re enormously proud of that. The North American market is very important for Porsche. That’s why I’m particularly pleased that our racing cars will be represented in big numbers at the IMSA events in 2021: the interest from customers to field the 911 GT3 R in the GTD class is huge, and we’ll be launching the new Porsche Carrera Cup North America next year as part of the support programme.”

“We’re keen to close a great chapter in the IMSA series with another success,” declares Pascal Zurlinden, Director Factory Motorsport. “Sebring has always been good turf for Porsche. In the last two years, our Porsche 911 RSR won the GTLM class at the twelve-hour race in Florida. Over the past weeks, our factory squad won at Road Atlanta and Laguna Seca. We’re heading to the big finale in top form. I’m sure we’ll be among the frontrunners in Sebring, as well.”

The race
The Sebring International Raceway throws major challenges at man and machine. About a third of the 6.02-kilometre racetrack consists of concrete slabs, which were previously part of the runway at the former Hendricks Army Airfield. These slabs cause hefty vibrations. Due to this special feature, the racetrack located about 100 kilometres south of Orlando is often mentioned on social media with the hashtag #RespectTheBumps. For the engineers of the works team, the emphasis is on finding a suitable setup for the kinematics of the 911 RSR. Porsche is the most successful manufacturer on the storied circuit, which has regularly hosted endurance races since 1950. So far, the Stuttgart marque has netted 18 outright wins and 72 class victories at Sebring. In the last two years, the Porsche 911 RSR has dominated the GTLM class at the hugely popular endurances races in Florida. In addition to the Daytona 24-hour classic and the two races at Road Atlanta, this final round of the season counts towards the IMSA Michelin Endurance Cup.

The Porsche GT Team drivers
The regular drivers Nick Tandy from Great Britain and Frenchman Frédéric Makowiecki share driving duties in the No. 911 Porsche 911 RSR. The pair was part of the winning crew at Sebring in 2018 and 2019. Porsche has announced Earl Bamber from New Zealand as the third driver. The two reigning GTLM driver champions Earl Bamber and Belgium’s Laurens Vanthoor join forces with Neel Jani in the cockpit of the identical No. 912 sister car. The 36-year-old WEC champion and 2016 Le Mans makes his race debut at the wheel of the 911 RSR after many kilometres of testing. Bamber and Vanthoor recently won the Laguna Seca race. The pair ranks sixth in the drivers’ classification, one position behind Tandy and Makowiecki. In the manufacturer’s championship, Porsche heads to the final round of the season in third place. In the IMSA Michelin Endurance Cup – a special classification which includes the four longest races of the season – the Porsche GT Team currently ranks second and has good chances of winning the title.

Successes of the Porsche 911 RSR in the IMSA championship
Since the start of the factory campaign with the Porsche 911 RSR in the hotly contested GTLM class of the IMSA series in 2014, the sports car manufacturer from Weissach has won the manufacturer’s title three times and the team championship twice. From 74 races over seven years, Porsche has achieved 20 wins, 20 pole positions and 55 podium finishes. The greatest highlight is the overall victory of the 911 RSR at the 2015 Petit Le Mans: In a spectacular race in the rain at Road Atlanta, the works drivers Nick Tandy, Patrick Pilet and Richard Lietz outpaced the entire field, including the faster prototypes. Britain’s Nick Tandy tops the list of statistics as the most successful driver in the North American Porsche factory squad. With nine pole positions to his credit, the outright Le Mans winner from 2015 has set a record in the IMSA series.

Live streaming of the race
The Sebring 12-hour race of the IMSA WeatherTech SportsCar Championship takes off on Saturday, 14 November, at 10:10 am local time (16:10 pm CET). The race can be viewed outside the USA and Canada on www.imsa.com.

More comments prior to the race
Steffen Höllwarth (Head of Operations IMSA Championship): “We’re returning to the venue where we’ve enjoyed many successes. Once again, our goal this year is clear: we want to win. Unfortunately, we don’t have our regular third drivers for this year’s 12-hour race because of overlapping dates with other series on the same race weekend. However, with Neel Jani, an extremely experienced driver joins the team. We aim to go for broke one last time with him and the entire squad. Unfortunately, we’re out contention for the IMSA title, but we are eager to clinch the IMSA Michelin Endurance Cup.”

Neel Jani (Porsche 911 RSR #912): “I’ve done several days of testing in the Porsche 911 RSR, but it’ll still be diving in the deep end. I’ve never contested a GT race before. I’ll have a lot to learn in a very short time at the Sebring weekend. Most notably, from the perspective of a GT driver, I’m not familiar with driving in traffic. Still, I know the track well, I’ve driven prototypes there multiple times and I climbed the podium in 2013. Four years later, I scored pole position in an LMP2 car – beating all DPi vehicles. I’m looking forward to this big challenge and I’d like to help my teammates, Earl and Laurens, as much as possible to finish as far up the GTLM field as possible.” 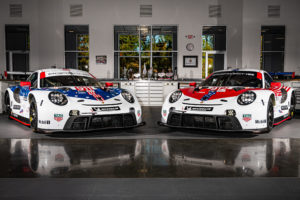 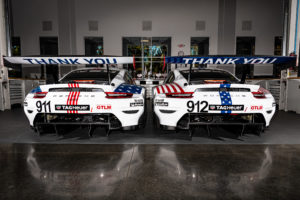 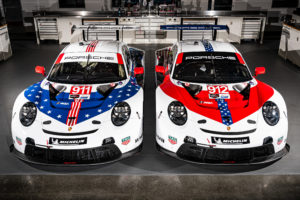