Porsche has won the Monza round of the FIA World Endurance Championship. Kévin Estre from France and Neel Jani from Switzerland crossed the finish line first in the fiercely contested GTE-Pro class at the wheel of the No. 92 Porsche 911 RSR on Italy’s high-speed circuit. For the works driver duo, this was the second win from the third race so far this season after their triumph at the opening round in Belgium. Gianmaria Bruni from Italy and the Austrian Richard Lietz concluded the gripping six-hour race on the home turf of their main rival Ferrari in third place.

“Congratulations to the entire team! The drivers and crew put in an impressive performance. And they achieved this feat under the most difficult conditions because, of course, the disastrous flooding in Germany is on everyone’s mind – especially since employees of our Manthey operations team have also been affected. I can’t thank the crew enough,” concluded Pascal Zurlinden, Director Factory Motorsport. “Thanks to this victory in the home of our main rival Ferrari, we’ve reclaimed the lead in the drivers’ classification and significantly reduced the gap in the manufacturers’ championship. It was the perfect rehearsal for the 24 Hours of Le Mans, which we’ll tackle with maximum motivation.”

“It’s a great result that we hadn’t expected in this form,” explains Alexander Stehlig, Head of Operations FIA WEC. “I’m really very relieved because we were under pressure after not achieving the desired result at the last race in Portugal. We took up this race knowing full well that Monza was not necessarily ideally suited to the Porsche 911 RSR. So, we set everything up to tap the full potential of what was possible. That worked perfectly. It’s a huge achievement to stand at the top of the podium at Ferrari’s home race in Monza.”

The limited number of spectators permitted to watch the FIA WEC race at the racetrack for the first time after the outbreak of the coronavirus pandemic, worked up a sweat in more ways than one – not only due to the hot temperatures of over 30 degrees Celsius but more because of the gripping action and nail-biting fight between Porsche and Ferrari in the GTE-Pro class. At the start, polesitter Kévin Estre successfully fended off the red rivals and, despite the occasional yellow phase, maintained a small gap until the end of his double stint. Neel Jani then became embroiled in several duels, which saw him briefly lose the top spot, only to regain it again with an impressive effort. In the last third of the race, Estre brought home the second win of the season for Porsche thanks to a flawless driving performance, perfect tactics and top teamwork.

Meanwhile, the No. 91 sister car was at times hampered by bad luck in the thrilling race. Gianmaria Bruni put in a strong early pace but was unable to avoid a spinning GTE-Am car shortly before the end of his second stint. In the collision, the Italian’s 911 RSR sustained minor damages to the front. However, Bruni and Richard Lietz managed to hold their own against the second Ferrari and ultimately achieved an important podium result.

Thanks to the second class victory from the third race, Kévin Estre and Neel Jani have reclaimed the lead in the drivers’ championship. In the manufacturers’ classification, Porsche ranks second, just seven points off the lead as they head to the 24 Hours of Le Mans.

Round four of the FIA World Endurance Championship (WEC) is the highlight of the season: the 24 Hours of Le Mans on 21/22 August. The official test day on the 13.626-kilometre Circuit des 24 Heures du Mans will be held a week before the start of the 89th edition of the endurance classic.

Drivers’ comments on the race
Kévin Estre (Porsche 911 RSR #92): “I’m extremely pleased because this win came as a complete surprise. We knew that our 911 RSR was really fast over one lap and we proved this with pole position. But at the same time, we had expected Ferrari to be faster than us over the whole distance. We delivered a flawless race – everyone did. Thanks to blisteringly fast pit stops, our team managed to win critical seconds over the competition. What’s more, we had an ideal strategy and my teammate Neel Jani was in top form. That was one of the toughest WEC races I’ve ever contested.”

Neel Jani (Porsche 911 RSR #92): “Mega! What a race – so gripping and so close. It was such a tough fight against the No. 51 Ferrari. The fact that we won the duel is simply sensational. We never anticipated this, so, of course, this just adds to the joy. This victory gives us huge confidence as we head to the highlight of the season at Le Mans.” 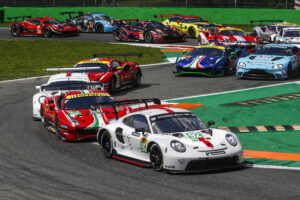 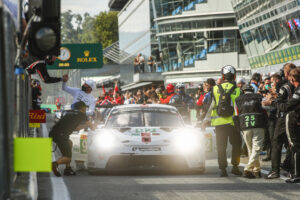 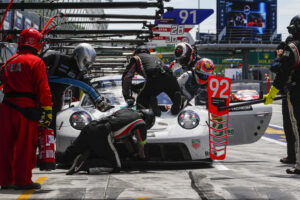 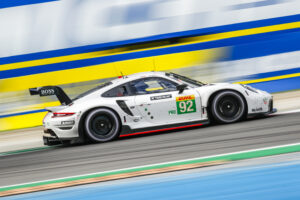 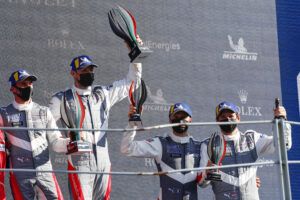