The Porsche GT Team finished the last race of the FIA World Endurance Championship (WEC) in positions two and four. At the eight-hour race in Bahrain, the No. 92 Porsche 911 RSR driven by Kévin Estre (France), Neel Jani (Switzerland) and Michael Christensen (Denmark) held a well-earned lead in a gripping final sprint to the flag and was on course for the title when a Ferrari shunted the Porsche into a spin. Race Control did not penalise the competitor.  Porsche have lodged an official protest and are awaiting the results. The identical ca. 515 PS sister car shared by Gianmaria Bruni from Italy, Richard Lietz from Austria and Frédéric Makowiecki from France concluded the sixth and final race of the season on fourth place in the GTE-Pro class. In the manufacturers’ classification, Porsche wrapped up the endurance season in second place.

“It’s a sad day for Porsche Motorsport,” comments Thomas Laudenbach, Vice President Motorsport. “Our rival nudged our leading car into a spin and drove on to victory. We can’t understand why the race director first issued a penalty and then withdrew it. Our drivers and teams deserve the utmost respect. Everyone drove a fair and clean race for eight hours and gave spectators a great show. I’d like to thank them all for this. Right up until the end, the race was a really great promotion for motor racing.”

“It was a sad end to an extremely exciting race for us. Unfortunately, we were spun off the track by a competitor,” remarks Alexander Stehlig, Head of Operations FIA WEC, giving an account of his impressions. “We can’t understand the race stewards’ decision. First, the two leading cars were supposed to switch positions after the contact which would’ve put our Porsche back in the lead. A little later, they withdrew this announcement during the No. 92’s pit stop. So, despite our fair and clean race, we couldn’t achieve our goals. That’s why we’ve lodged a protest.”

Up until the final stage, the protagonists had been locked in a wheel-to-wheel battle and treated fans to spirited fights over 7:45 hours. After the start, polesitter Estre retained his front spot, and as the race progressed, the frontrunners took turns at the lead. Clever decisions by strategists in the Porsche GT Team pits and flawless performances by the drivers enabled Christensen to head into the final 15 minutes of the season finale as the leader – only to have Alessandro Pier Guidi (Italy) shunt the rear of the Porsche 911 RSR with his Ferrari.

Bad luck hampered the crew in the No. 91 sister car in the second half of the race. The 911 RSR driven by Bruni, Lietz and Makowiecki took the lead multiple times in the first four hours but then lost time due to a pit-stop penalty. A little later, a loose rear wheel caused significant vibrations and, as a result, the rear left wheel sustained minor damages. The team had to make an unscheduled pit stop, and Bruni then brought the struggling 515 PS nine-eleven home in fourth place.

The Porsche GT Team concluded the 2021 season after six races with 277 points as runner-up in the manufacturers’ classification. In the world drivers’ championship, Kévin Estre and Neel Jani earned 166 points on their way to second place. Their team colleagues Gianmaria Bruni and Richard Lietz wrapped up the year in third with 111 points. In the team classification, Dempsey-Proton Racing finished the season in third place.

Drivers’ comments after the race
Michael Christensen (Porsche 911 RSR #92): “What a huge disappointment! Our team did a perfect job and got us to the front with a great strategy. In the last 30 minutes of the race, our tyres deteriorated rapidly. I had to pull out all stops to stay in the lead. I fended off the Ferrari and was fair at all times – but then it pushed me off the track. And that was the end of our chance to win and title dream.”

Kévin Estre (Porsche 911 RSR #92): “Our fight was tough and fair and we held a well-deserved lead. With a few minutes to go, a Ferrari hit our car. At first, race control ordered that he should hand first place back to us. While we were driving to the scheduled

refuelling pit stop, they then retracted this decision and we didn’t get our position back. I don’t think that’s fair.”

minutes before the flag and then we lost it. If someone overtakes us fair and square we don’t have a problem with this and they’re the deserved winner – but not with a shunt. The team did a terrific job, the strategy and pit stops were super. I can only thank Kévin and Michael for this season.”

Gianmaria Bruni (Porsche 911 RSR #91): “After such a race, I can honestly say I’m glad it’s over. Things were looking so promising for us. We were in the lead and were really fast. Then came a botched pit stop, followed by a defect and then a penalty. Many things didn’t go as we’d hoped. Unfortunately, that’s the way it is in motorsport sometimes. But let’s just forget this one.”

Richard Lietz (Porsche 911 RSR #91): “I think you can’t race long enough to have seen it all. The entire event was pretty exciting and great to watch – until the No. 92 was hit. From a sporting point of view, what came afterwards was very questionable. Our own pace was good, the Porsche handled well. But we put our bet on a risky strategy and unfortunately lost.”

Frédéric Makowiecki (Porsche 911 RSR #91): “I feel really sorry for my teammates in the number 92 car – that’s not the way to decide a world championship title. We go racing; fairness is part of the sport. And I didn’t see that at the end of this race. I can imagine how terribly disappointed they are in the team right now. With us, things went well initially. We had an extremely fast car but we weren’t able to turn that into a win. That hurts. Our chances looked really good, but it wasn’t meant to be.” 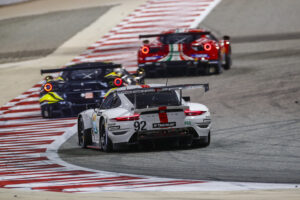 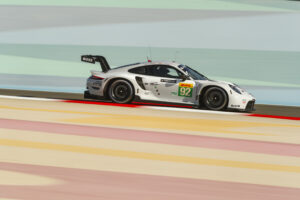 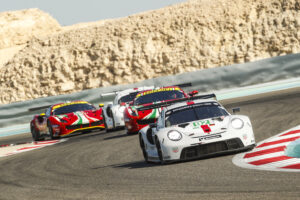 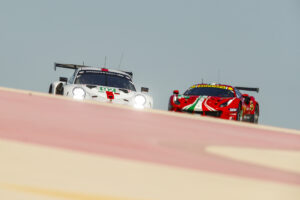 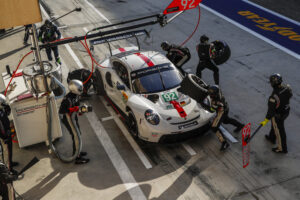 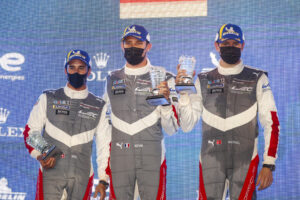 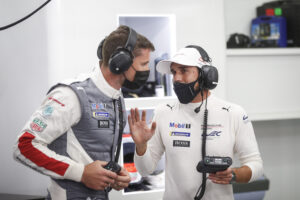 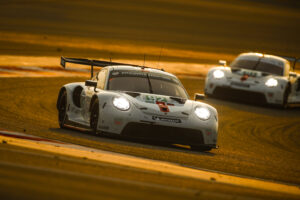