Neel Jani added another big win to his long Sportscar resume last weekend with victory at the 12 Hours of Sebring in a Cadillac run by Chip Ganassi Racing, whose regular drivers include ex-Porsche teammate Earl Bamber and British driver Alex Lynn. The trio also broke the distance record for a DPi prototype, completing 2212km/351 laps. Jani’s newest trophy brings him one step closer to his goal of winning the three biggest Sportscar races in the world – all that’s missing is the 24 Hours of Daytona.

The Swiss driver received a last-minute call to replace Kevin Magnussen, who has returned to Formula One in his old Haas seat, just one week before the race weekend. “I was on the mountain skiing with my son when I got the call to go to America. We organized everything quickly and I headed straight to the teams headquarters to make my seat.”

Jani, who is still under contract with Porsche as Formula E reserve driver, felt immediately at home with the Indianapolis-based team. “The team, and especially the drivers, welcomed me with open arms and I immediately felt at home with them, which also helped me to get to grips with the car so quickly.”

In true American style, it was a grueling race weekend that went down to the checkered flag. Bamber passed Richard Westbrook with 58 minutes remaining in the race then held off Westbrook teammate Tristan Vautier of JDC Miller over the final stint to give Ganassi its first Sebring victory since 2014, when the team made its debut in the 12-hour endurance race.

“Our car was very quick during the whole race. Around 4 hrs before the end, we managed to get into the lead and from then on it was our race to lose. As the third driver, my focus was always to keep the car in contention and return a clean car to Earl and Alex for the last hours of the race. I am glad I could do just that. Things got a bit tight at the end of the race, but Earl had a great drive in the last hour and we managed to secure the win.”

The Ganassi victory by the No. 02 team also marked a historic moment in motorsports as race engineer Danielle Shepherd led the team to victory. Shepherd, won an IndyCar championship with Scott Dixon and then Alex Palou last year and was promoted to lead Ganassi’s No. 02 IMSA car this season. “Danielle provided us with a car that was quick and really fun to race.”

Jani thanked the team for their trust in him, “It was a huge privilege to join the team with Earl and Alex, and great that I could pay back their confidence in me by helping them to win this race. I wish them best of luck for the rest of the championship.” 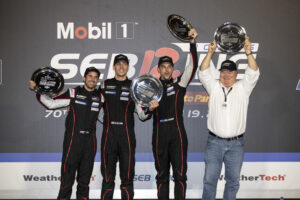 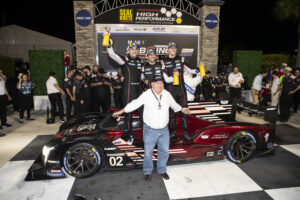 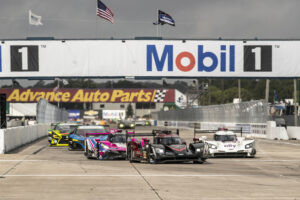 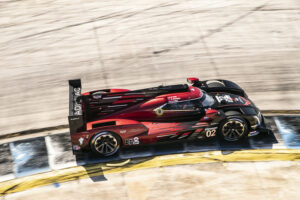 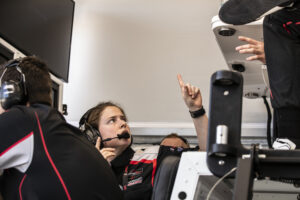 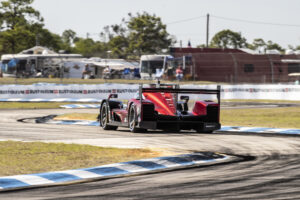 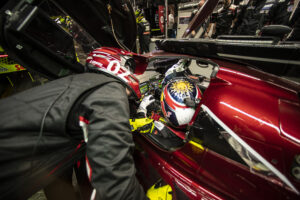